Due to the high risk potential, quarries are generally well-organised in terms of occupational safety. Nevertheless, accidents do occur time and again, even in established companies that have been operating successfully and routinely for years. This was the case for the client who commissioned us with this project.

A misperception of the safety culture by the employees was identified as the cause of the accident rate. Although the company's safety culture had developed considerably over time, many employees still had a fear of an old safety concept in their heads, which in the event of accidents focused primarily on finding the culprit and issuing official warnings.

This misperception could be remedied through targeted measures. In particular, the employees were involved in these measures. They were encouraged to develop their personal safety awareness and expertise and thus become actively involved as multipliers of safety culture. 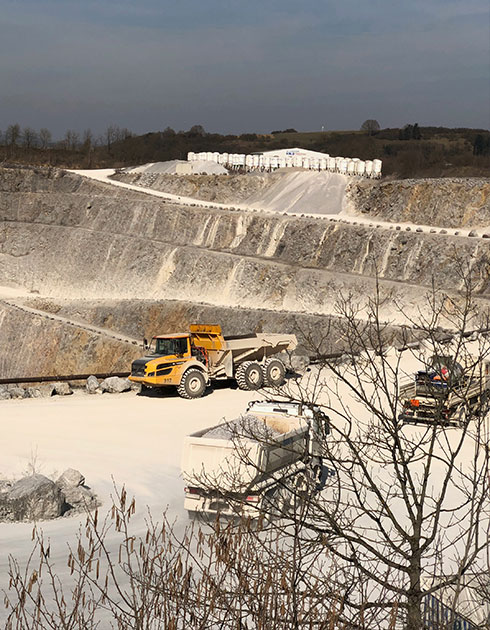 A positive approach to security culture

A psychological questionnaire was used to uncover misperceptions in the existing safety concept. These could be corrected by directly involving employees in the development of a new awareness of safety. Particularly committed employees were recruited as safety culture multipliers to communicate safety as a positive concept within the workforce.

More information on the services:

Our telephone lines are open from 8 am to 5 pm. You can also contact us at any time via e-mail or send us a message using the contact form.
E-mail
EN
EN DE